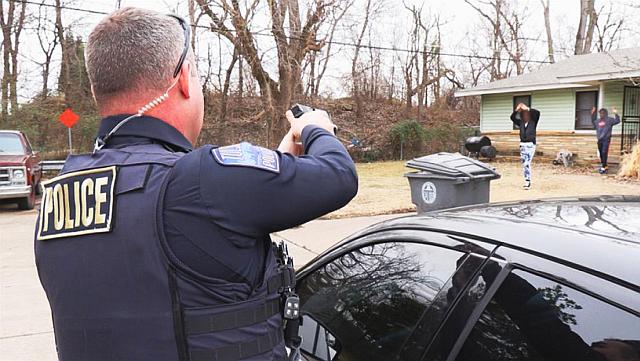 I love live pd and watch every week, however on tonight’s episode 1-31-20 I worry about the 911 caller (about the shooting at the apartment in Tallahasse) and possible retaliation against her. The officers said her apartment number and I saw her as well. As a former police wife, someone who has called 911, and always wants to help, I can’t stay quiet about this and the thought of the shooter returning when seeing this and doing something to her. Just wish there was a bit more privacy for the helpers! Thanks, and be safe everyone!

did a camera person get bit by the canine tonight?

What happen to the police dog lost in the muddy field

Corpal Green dog lost. What happen to dog was he found.

I see K-9 Agis was found, please update, was he ok? Where was he found?

Why wasn’t any comment made about the camera man being bit?
I understand your show is keeping a good lite on the police.
But to disregard acts that aren’t to your liking shows a lack of integrity.

ABOUT US
This fansite is not affiliated with A&E TV, Big Fish Entertainment, or A+E Networks. All trademarks and copyrights belong to their respective owners and are used here under the terms of Fair Use as defined in United States Copyright Doctrine. Live PD is a registered trademark of A&E Television Networks, LLC.
Contact us: [email protected]
FOLLOW US
© LivePD.org is the fan's guide to LivePD. We provide you with the latest breaking news and videos, plus details about past episodes.
wpDiscuz
7
0
Would love your thoughts, please comment.x
()
x
| Reply
MORE STORIES