Officer Eric Omahony is a member of the Pomona Police Department in California. Officer Omahony is a member of the Major Crimes Unit with Pomona. He is partnered with Officer Rodney Cavanaugh. Both officers were sworn into the Pomona Police Department in 2015. They drive an unmarked patrol car and generally dress in civilian clothes with police tactical gear. Officer Omahony is often involved in drug interdiction, warrants, and anti-gang engagement.

Officer Omahony is known for a very calm demeanor when questioning suspects but at the same time in control of the situation. He first appeared on Live PD in Season 4 during Live PD – 01.03.20. 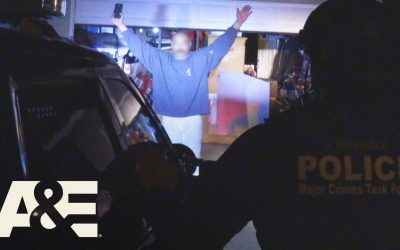 Live PD – Put down the Banana