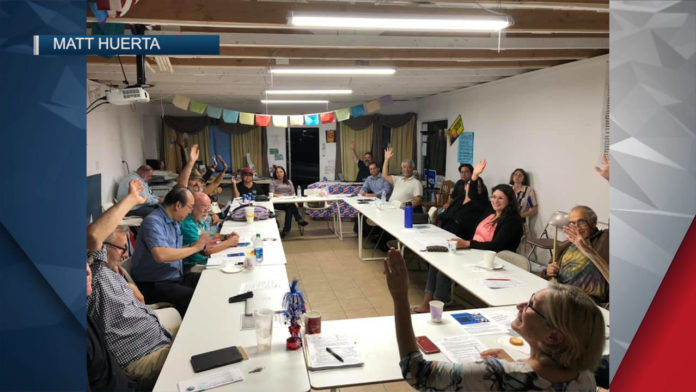 UPDATED – 10/20/19
The Chief of Police for Salinas, Adele Frese, was interviewed by a local news station regarding Live PD. Chief Frese confirmed that the Salinas Police Department will be leaving Live PD during Season 4. The Live PD – 10.19.19 episode will be the last episode featuring Salinas PD. Chief Frese also said that despite the news out of Salinas, it was the Live PD producers that decided to end the Salinas run. Apparently, there are many other departments they’re trying to get on the air. While Salinas will be missed, it’s exciting to know there are more departments to see. Salinas has been a popular department, and it is very likely they will return in Season 5.
—————————————————-

The Salinas Police Department may be leaving Live PD during Season 4. Local public pressure appears to be mounting to force the city to end the contract with Big Fish Entertainment (Live PD’s production company). The public pressure in Salinas is similar to what happened to the Williamson County Sheriff’s’ Office during Season 3.

On September 26th, it was reported that the Monterey County Democratic Central Committee unanimously passed a formal resolution blocking the cities relationship with Live PD. The Monterey County Democratic Central Committee is the local political party organization, and not officially part of the city. But certainly, this adds pressure on the city to end their participation with Live PD.

The Monterey County Democratic Central Committee joins with the Salinas Union School District Board of Trustees, which earlier in September voted to oppose the cities participation in Live PD. Given this local pressure, we should be surprised to see the Salinas Police Department leaving Live PD during Season 4, and getting a mid-season replacement.

That’s not true. It was the city of Salinas.

This is abseloutly false. It was the city politicians and everyone here knows that.