Dan Abrams tweeted shortly after 4 PM EST on Friday that no new episodes will air on 6/5 and 6/6. The decision was made to cancel new episodes this weekend in light of continuing protests over the killing of George Floyd. The 300th episode of Live PD was scheduled to air on Saturday 6/6. While it has not been announced, we expect new episodes to resume next weekend on 6/12.

“Out of respect for the families of George Floyd and others who have lost their lives, in consultation with the departments we follow, and in consideration for the safety of all involved, we have made the decision not to broadcast ‘Live PD’ this weekend,” A&E said in a statement. 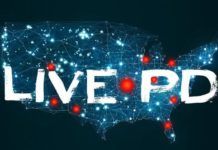 Really???? Cancellation this weekend??
I get the respect to Floyd’s family but cancelling the show for the weekend??
Disheartening!

I understand the cancellation for this weekend. Things are still very volatile and I wouldn’t want anyone (officers, camera crew, field producers) put in any more danger than they already are. I feel you should put together a very special episode highlighting all of the good things officers have done and how the job can emotionally affect them. Some suggestions would be Lt. Danny Brown paying for all the items the homeless man shoplifted, Officer Ross breaking down after letting the veteran with drugs go, Addy Perez telling the homeless vet how she understood and got herself out of homelessness,… Read more »

Ridiculous to cancel the episodes! So much politics in this crap. I won’t be watching any more.

Yeah U will lol

This is BS. You can’t let a few protesters cancel out the great job our police departments do each day. C’mon, grow a pair.

Early this evening I wrote a comment about understanding why the live show was pulled this weekend. However, I now need to update it. I can’t believe that even repeats are being pulled. Actually, I think it’s crazy. Repeats are a great way to show the nation what officers actually have to deal with day in and day out and how they are protecting their communities. No scripts, no false narratives by misinformed or just plain lying anti-police groups and politicians, just real live policing. By not airing repeats you act like you are buying into the premise that all… Read more »

Very disappointed. Love the show been there since day one. I am female in my seventies I was around for the Vietnam protests. I miss Salinas County officers they were the best I have ever seen. Glad you dropped the bums in Ohio.
I don’t use Twitter but I love the show.
Please come back. Even if you have to delay to August.
Sticks and all the officers stay safe.
Maureen in California

I understand this was a network political decision and I get it. I just hate to see politics dictate what we watch. I support law enforcement and most are doing a great job serving the community…show that! I know there are some who shouldnt wear the badge because of their personal views and attitudes toward people of color. I can understand why you wanted to keep crews safe and all, but it could have been covered from afar safely. Besides, the major protests are not taking place in cities you cover. I will continue watching your show and support law… Read more »

We were very disappointed with the decision to take Live PD off the air this weekend. More than ever we need to show that there are great law enforcement professionals in the world. Look at Klaw, Abby, Sheriff Lamb, etc.

The more I think about the cancellation, the more disappointed I get. This show illustrates sooooo many good things law enforcement professionals do. Like when Tappler gave the lady money to buy eggs. We’ll miss Shep and Camak.

You are showing total disrespect to ALL POLICE OFFICERS IN THE COUNTRY. How will this help????? the answer IT WON”T.. It only give the criminals the message that they can control the narrative. THIS IS A MESSAGE TO ME THAT A AND E ARE ANTI AMERICAN. I GUESS IT’S SCREW THE NORMAL GOOD PEOPLE OF THIS COUNTRY…

Yes once again the law abiding citizens are getting screwed over.

Very sad that politics is now allowing censorship to dictate what we can watch or not. This is exactly what the liberal politicians wanted: anarchy in the streets. Innocent people are getting hurt and killed while criminals are running willy-nilly. Officers are doing the best they can. Yes, I get it – handful of bad seeds did some terrible things but 99.9% of LEOS are good folk. LP: don’t cave in. Come back and show America what it is really like out there.

This so disrespectful to law enforcement. A street thug gets arrested,resists arrest,fights with officers and now he is a hero. nonsense complete nonsense.

I will miss you this weekend but I understand. I think this show is so important! It shows all of the great things our police officers do. I love you all!

Wouldn’t it be important to air shows which show police officers doing their jobs appropriately? You all do know that there is one black man on this panel and you are messing with his livelihood.

Cowards. The only way to truly show whats really happening outside of fake network news and you cancel. Shameful. Im sure AE will plug a defund the police campaign next.

Shame on you A & E. The law officers and crew on this show and fans have made this your number 1 show. We have been very loyal to this show, I sure wish you could say the same……you don’t deserve us, the fans or the awesome people working on Live PD!

Why in the world would you ever cancel Live PD or Cops for anyone’s death- regardless of color. You don’t do that when a white cop gets shot . I think you people are all just looking for reasons to cause problems for everyone. When the white cop got shot I don’t even remember if you mentioned his name let alone cancel a show. What’s wrong with the American people these days? Looks like everyone is going off the deep end. I really enjoyed both of these shows and I’m getting tired of the reruns about all the bad things… Read more »

I am also saddened that the events of lawlessness would cancel a show that highlights our heroes. If these networks bow down so easily, we can expect that any tyrant will cause them to abandon us in a heartbeat.

OK Violent Riots need to pre-empt PDlive. I see no respect in the disrespect shown to law enforcement. I only understand that the network is PC correct at the drop of a feather. Children are being taught to hate law enforcement. Very sad day in America. 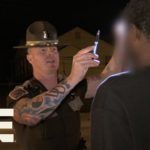 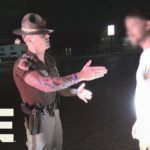 LivePD Dispatch - June 6, 2020 0
In this clip from Live PD - 08.16.19, fan-favorite Trooper Russell Callicoat with the Oklahoma Highway Patrol is performing a routine traffic... 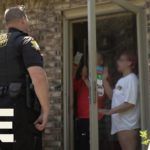 Live PD – This is Why I Stay Single

LivePD Dispatch - June 6, 2020 1
In this video from Live PD - 04.17.20, Sergeant Furgal with the Richland County Sheriff's Department reports to a domestic dispute where...

October 13, 2019
We use cookies to ensure that we give you the best experience on our website. If you continue to use this site we will assume that you are happy with it.OkNoPrivacy policy