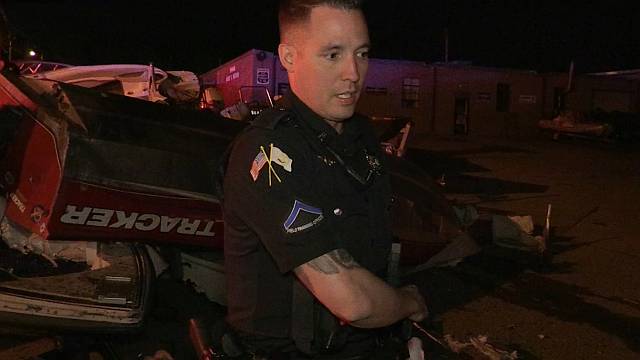 39. Warwick – In May, a driver crashes his car into parked boats. The car is completely destroyed. Firefighters have to cut the roof off.

38. Lawrence – Officer Charlie Kingery gets into a foot chase with a suspect. Officer Bishop catches up to provide support. The suspect was holding a stolen gun.

37. Greene – Officer AJ McCall is on a traffic stop when a wanted car speeds past him.

33. Greene – Deputy Kyle Winchell finds a stolen vehicle. During the pursuit, he uses a StarChase to track the car and catch the thieves.

31. Warwick – An intoxicated woman in a basement screams for her bottle and officers drag her away.

29. Franklin – A window tint violation leads to a search of the car, but all they find are Girl Scout cookies.

28. East Providence – Officers detain a suspect that refused to stop. The driver is in possession of a lot of drugs.

26. Lawrence – A disturbance between two roommates over a cat.

24. Williamson – An extremely intoxicated driver is pulled over on her birthday.

23. Salinas – Officer Muscutt responds to an auto accident involving a semi vs. motorcycle.

21. Greene – The driver of a mustang takes off during a traffic stop and drags a deputy, he’s later arrested.