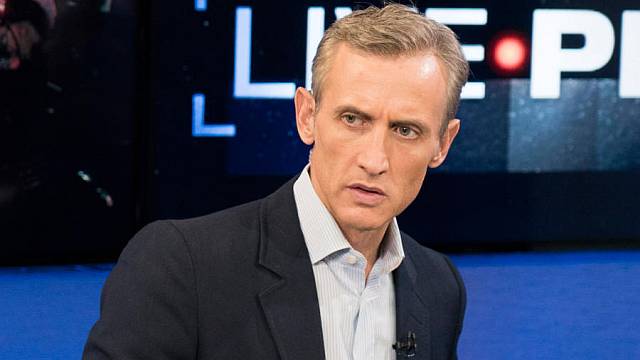 Dan Abrams provided another hint on Monday (10/13/2020) that Live PD may be returning to TV. Dan shared a story on Twitter from the lawandcrime.com website about a 5-year old fighting off intruders. He ended the tweet with: “It would be a great “Wanted” segment whenever #LivePd returns!”.

None of us know for sure, but this statement makes it sound like its only a matter of time before Live PD is back. By using the word “whenever”, it sure appears that the production team is working on rebooting the show. This clue might also mean that Live PD could be coming to the Law & Crime network.

Live PD was canceled by A&E in June 2020 as the controversy around police brutality embroiled the country. Dan Abrams has continued to be an advocate for Live PD and has fought for its return. Earlier this month we reported that COPS was filming again in Spokane. For now, we’ll have to wait and see, but these are signs that give hope to Live PD fans.

Live PD should not have caved into the mob about whatever objection they had about the program. Had A&E waited a couple of weeks, the cancel culture mob would have forgotten all about this. Ironically, Live PD helps to make people more understanding and appreciative of police officers.

Mob is right! A&E showed what spineless cowards they are in knuckling under to lawless bullies.

This was the best police show ever on Tv…It was so positive for law enforcement there was no reason to take this off the air.Screw A&E go to a different network…#Missing live PD…

Best news ever would be Live PD is coming back soon!

Fabulous, I miss the show but watch videos on Facebook!!

I really miss Live PD!! My wife and I are real Live PD fans and are praying that the show will retuen again soon!! We understand the reason it was cancelled at the time, but we will be anxiously awaiting it’s return!!!

We want Live PD back now

Live PD was way better than cops ever was! Live PD had teaching moments and they seem to care about their communities. They covered so much that people may not know and showed us the good, the bad, the ugly and the funniest of what our law enforcement endure. I learned something new all the time on Live Pd. Keep fighting for us Dan !! We Live Pd fans miss everyone terribly.

Yes We need LIVE PD BACK!! If A&E is a problem, pick another channel please!!!
There is nothing good to watch during the weekends. We are missing so bad this show.

My wife & I understand these are difficult times for police agencies. We never missed an episode of Live PD. Hopefully, A&E will be able to find a way for the show to return soon. We feel it was probably the best show on TV since it was a “REAL – LIVE” program. Most TV shows anymore absolutely not real at all or are totally biased one way or the other. I can’t think of any other way for a program to be this honest without having cameras running as something is occurring. Thank you. Stan & Marcia

Start live P.D. back on rumble, gives you guys a chance and helps a growing and free video site

What is the latest news on bringing Live PD and Live Wanted back? Two of the best shows ever on tv.

IM BLACK AND I WANT LIVE PD BACK…

I agree with all the comments about bringing Live PD and Live Wanted back. These shows reveal what law enforcement goes through on a daily basis without editing. Bring these shows back soon.

Maybe get added to the Discovery streaming service that does ID+

Need more info. Who'”s doing what? Who’s talking to whom? Why is everything so vague? What can Live Pd Nation do to help?

Love Live PD! As a retired Sergeant, I really enjoy my week-ends, watching the show!! Miss Sticks and Dan too!!
Please bring back the show.

ABOUT US
This fansite is not affiliated with A&E TV, Big Fish Entertainment, or A+E Networks. All trademarks and copyrights belong to their respective owners and are used here under the terms of Fair Use as defined in United States Copyright Doctrine. Live PD is a registered trademark of A&E Television Networks, LLC.
Contact us: [email protected]
FOLLOW US
© LivePD.org is the fan's guide to LivePD. We provide you with the latest breaking news and videos, plus details about past episodes.
wpDiscuz
20
0
Would love your thoughts, please comment.x
()
x
| Reply
MORE STORIES