She joined the sheriff’s office in 2018. In April 2022, Merriman received an award for distinguished community policing from the United States Attorney General’s Office after convincing a suspect to drop his shotgun during a domestic violence standoff. She was the first South Carolina officer to receive this award.

Deputy Merriman was first featured in On Patrol: Live Season 1.

On August 9th, 2022, a suspect intentionally struck Merriman with a car. She was later released from the hospital, and the suspect was arrested. 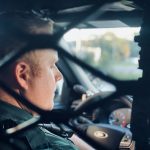 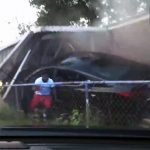 LivePD Dispatch - September 30, 2022 0
A suspect crashes into a house and proceeds to flee on foot during a wild police chase in South Carolina. The suspect allegedly fled...
- Advertisement -